PakistanAsiaInternational
By Chey Phillips On Jul 13, 2018 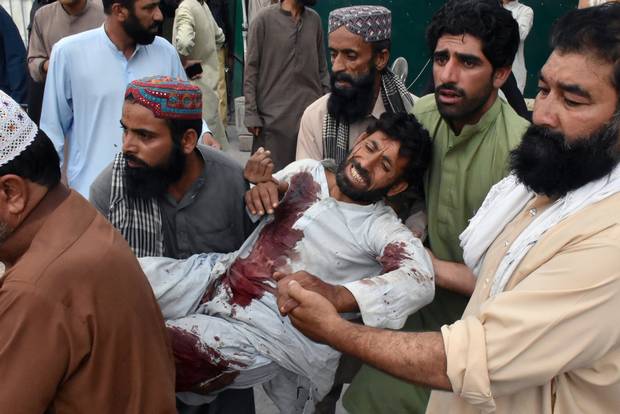 Attacks at an election meeting in the Pakistani city of Mastung have already killed at least 128 people. That has been announced by the regional minister of the Interior Agha Umar Bungalzai.

The attack occurred in Mastung, about forty kilometres from the capital of the Baluchistan province. A kamikaze detonated himself in a complex where at that time a meeting took the place of a local politician, Mir Siraj Raisani. He too was killed in the attack.

According to the authorities, the suicide bomber carried 8 to 10 kilos of explosives on the body. It is the most deadly attack this year in Pakistan. Terrorism movement Islamic State (IS) has claimed the suicide attack.

The attack followed barely a few hours on the explosion of a roadside bomb in the city of Bannu, in the province of Khyber-Pakhtunkhwa. There were five deaths and some forty wounded. That attack was also directed against a political meeting.

The region around Mastung is considered a stronghold by IS. Besides, many other terrorist movements are active in the largest and most insurgent province of the country.

A few days ago Peshawar, in the northwest of Pakistan, was already startled by a suicide attack at an election meeting. Militants of the Taliban later claimed that attack.

The Pakistani security services had warned that election meetings would be the target of the Taliban and IS. In the previous elections, in 2013, hundreds of members and supporters of mainly liberal parties were killed by the Taliban.

The parliamentary elections of this year will be held on 25 July. The army reported earlier this week that it would deploy more than 370,000 troops on that day to ensure safety.