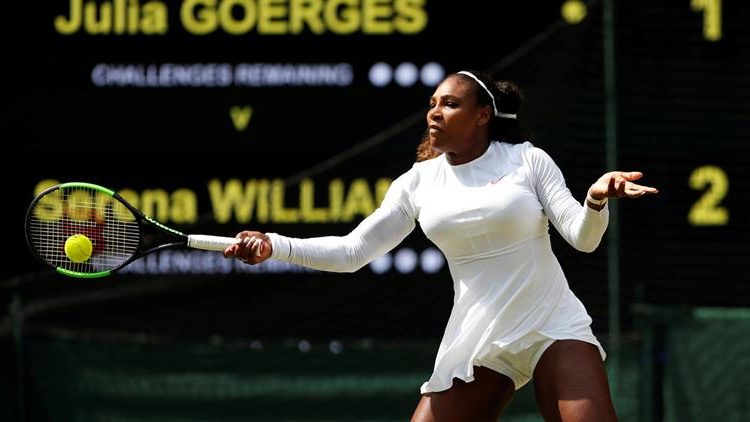 Serena Williams Ten Months after Delivery in Wimbledon Final. She has lived up to what she predicted during her pregnancy: Serena Williams is back at the top. Tomorrow she is in the final of Wimbledon.

She can win the tennis tournament for the eighth time, while she gave birth to her first child ten months ago.

Williams will play the final of Wimbledon tomorrow against the German Angelique Kerber. In 2016, the two ladies were also facing each other. Then Serena won.

Serena took a big league title when she was pregnant in 2017, but then she stood still for months in her top sports career.

On 1 September 2017, she gave birth to her girl Alexis Olympia. It was a massive delivery, and the recovery was massive.

On social media, she was open about how spicy it was to regain her condition. She wrote: “Four months ago even the mailbox was too far”, with a photo taken during a running competition.