Another Demonstration in Berlin Against Corona Measures

GermanyEurope
By Chey Phillips On May 1, 2020 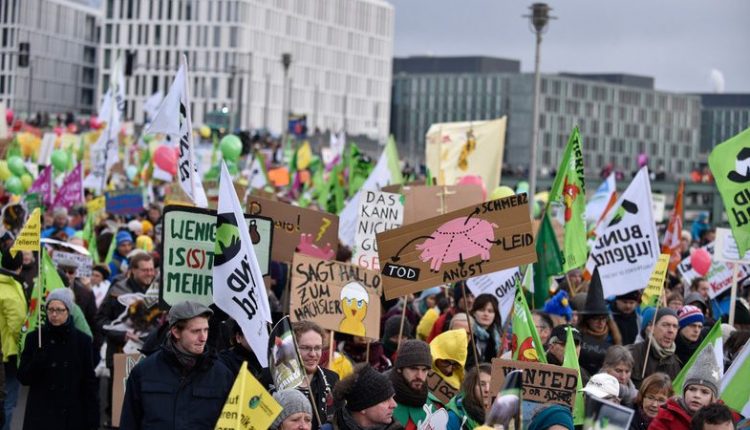 Dozens of opponents of anti-corona measures in Germany have taken to the streets in central Berlin to demonstrate.

They tried to enter Rosa Luxemburgplein but were stopped by the police who had fenced the square.

Demonstrations against the restrictive measures have been taking place for several weeks on Saturday in the German capital and other cities.

They are actually illegal in Berlin because no permission has been requested. The participants, from various political backgrounds, believe that their measures violate their fundamental rights as citizens.

The police in Berlin meanwhile are preparing for the traditional May 1 demonstrations on Friday evening. The authorities have authorized 20 demonstrations involving up to 20 people.

Activists have announced that they spontaneously meet in other places that become known shortly in advance via social media.