USChinaInternational
By Chey Phillips On Jun 13, 2018 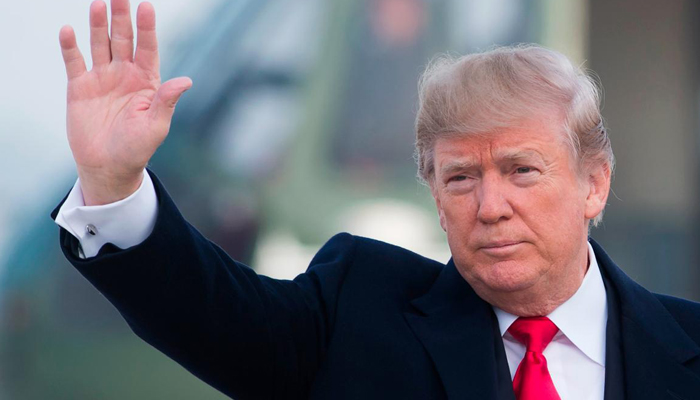 Trump Promises Rapid progress Denuclearisation North Korea. US President Donald Trump has promised at a press conference after his historic meeting with the North Korean leader Kim Jong-un that the agreements on denuclearisation of North Korea will come into effect soon.

Declaration of the intent US and North Korea
“The United States (US) and the Democratic People’s Republic of Korea (DPRK) are committed to establishing new relations between the US and the DPRK, which are proportionate to the desire of the peoples of both countries for peace and prosperity.”

“The US and the DPRK will work together to establish a sustainable and stable peace regime on the Korean Peninsula.”

‘In confirmation of the Panmunjom statement issued on 27 April (after first meeting Kim and South Korean President Moon, ed.), The DPRK undertakes to work towards the full denuclearisation of the Korean Peninsula.’

“The US and the DPRK are committed to finding the remains of prisoners of war and missing soldiers, Also including the immediate repatriation of those who are identified but remains, writes Vital News.

In Singapore, Trump welcomed his meeting with Kim, who was on Tuesday in the same Asian city-state. “The Korea War has never ended, it will soon end, history has shown that enemies can become friends.”

The American president and his North Korean counterpart signed a letter of intent after their meeting, in which the North Koreans promised to bring about “complete nuclear disarmament of the Korean Peninsula” in the long term.

In return, the US offers North Korea “security guarantees” and better diplomatic relations.

“I think it was not possible to reach this agreement earlier, I would have liked it to have happened before,” said Trump, who revealed that negotiations with North Korea have been taking place since the end of the Winter Olympics in Pyeongchang.

About his relationship with Kim, he said: “I know him quite well now, and I think we have a good relationship.”

Appointments
The letter of intent contains few concrete agreements about the implementation of the plans. It is not clear that how the US and North Korea will sort their diplomatic ties out.

Trump pointed out that there is already a lot in the statement and more information will follow soon. “Kim is on his way to North Korea, and as soon as he gets there, he will start working on denuclearisation.”

Trump confirmed that he would check if Kim keeps to the agreements. By appointing a large number of supervisors for this, who would work closely with the North Koreans.

Other countries will also remain committed in the process. “In this process, we work together with South Korea, Japan and also with China, although this is happening on a smaller scale.”

But suggesting that the sanctions against North Korea be phased out, Trump states that it is essential to stick to existing penalties for the time being.

Trump said over the top: “I did not think we would get that far at this summit, but it certainly requires a follow-up.”

trump also mentioned that consideration given to an agreement on the repatriation of remaining prisoners of war and missing people from the Korean War.

Human rights
When asked about the human rights situation in North Korea, the American president said of Kim: “I’m not saying he’s a nice person.”

Trump added that he nevertheless could have respect for the way Kim is now preparing himself for his negotiations with the US and South Korea.

Also discussed The human rights violations of the North Korean government during the summit. It is “a difficult situation”, says Trump. “I think that situation has to change, and I also think it will change.”