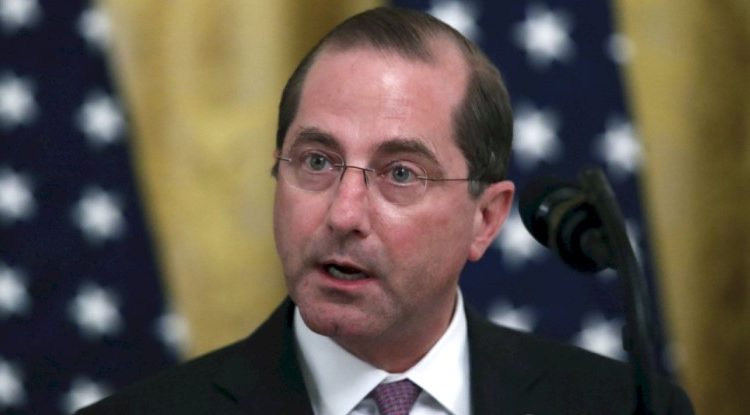 The Taiwanese Ministry of Defense reports that the anti-aircraft defence has repelled Chinese fighter planes.

They may have flown too close by way of provocation over the Taiwan Strait, the waters between China and Taiwan, during the visit of a US minister to Taipei. Taiwan’s anti-aircraft missiles tracked and repelled the aircraft, according to the ministry.

Much to Beijing’s chagrin, US Secretary of Health Alex Azar arrived in Taiwan on Sunday evening. He leaves again on Wednesday. He is the most senior US official to visit the island that China claims as Chinese territory in nearly 40 years. Beijing does not want de facto independent Taiwan to have diplomatic relations with other countries.

Azar visits Taiwanese President Tsai Ing-Wen and Taiwan’s health and foreign ministers, among others. The American minister will also give a speech to students. Under pressure from China, the US does not officially have diplomatic relations with Taiwan, but it is the central pillar and arms supplier.

Azar’s journey is in the context of fighting the coronavirus and increasing US-Taiwan cooperation on public health. Taiwan is successful in fighting the virus, according to observers, and Azar wants to learn more about it. He was also tested for the virus upon arrival.

Taiwan has 23 million inhabitants and, according to the latest data, there are no seriously ill corona patients. 477 infections have been identified, and there are now 27 carriers of the virus from China. The island had only seven deaths from the epidemic.