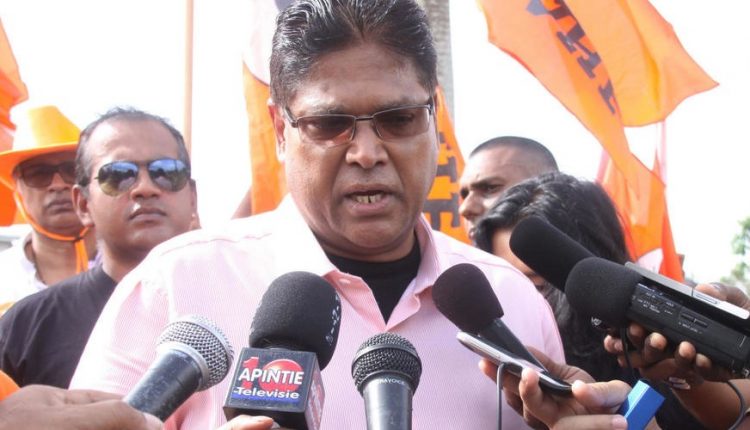 The Surinamese parliament meets on Monday for the election of the president and vice president.

This will be a formality because it is already clear that the opposition parties have not proposed candidates.

This means that VHP chairman Chan Santokhi will be elected as president and ABOP chairman Ronnie Brunswijk will take up the position of vice president.

With the election of the two leaders, the new government no longer stands in the way of getting started.

However, the formal transfer of the power of government from the current president Desi Bouterse to Santokhi has yet to take place. This is expected to happen soon, possibly next week. Marinus Bee, member of the ABOP central board, will take over the chairmanship of the parliament.

Surinamese society has criticized the choice of Brunswijk, who had just become the parliament president.

For instance, as vice president, Brunswijk will not be able to enter into international obligations because he is being sought by the investigative organization Interpol.