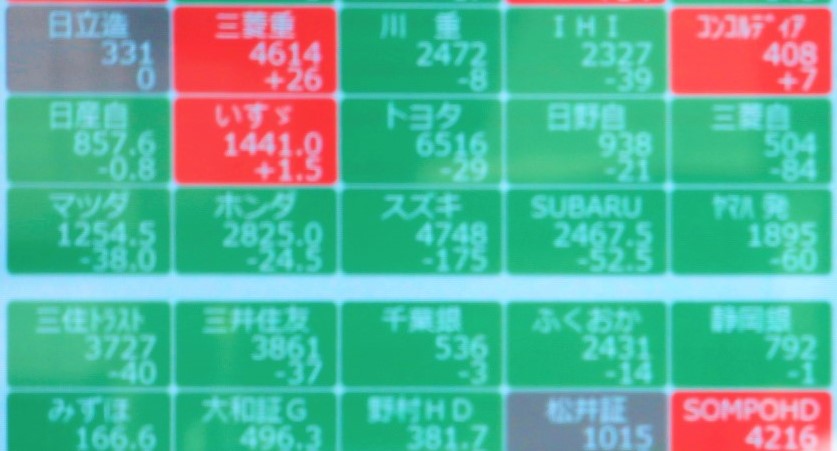 Following the rebound earlier this week, investors remained cautious amid fears of an economic recession. A sharp fall in oil prices also weighed down the mood in the markets.

The Kospi in Seoul lost 2.3 percent in the meantime, partly due to a price loss of chip maker SK Hynix (minus 2.4 percent). The win fell to its lowest level in 13 years against the US dollar amid aggressive Federal Reserve rate hikes. Markets fear that higher interest rates will cause a recession in the world’s largest economy and slow global growth.

Oil prices also fell on fears of declining demand due to a possible economic contraction. US President Joe Biden will also reportedly call on Congress on Wednesday to suspend the federal gasoline tax to keep the high prices at the pump down. A barrel of US oil cost 3.6 percent less at $105.52. The price of Brent oil fell 3.4 percent to 110.80 dollars a barrel.

The Nikkei in Tokyo closed 0.4 percent lower at 26,149.55 points, after gaining 1.8 percent a day earlier. Investors processed the minutes of the Bank of Japan’s latest interest rate meeting. The Bank of Japan kept interest rates unchanged last week and notes from the policy meeting indicate that central bankers expect interest rates to remain at their current low levels for some time to come due to relatively low inflation in the country.

The Hang Seng index in Hong Kong was down 1.4 percent in the meantime. The Chinese online store group Alibaba lost 1.9 percent, meal delivery company Meituan fell 3.6 percent and internet and game company Tencent fell 1 percent. The Shanghai stock market limited the loss to 0.3 percent and the All Ordinaries in Sydney fell 0.1 percent.