IrelandInternational
By Chey Phillips On May 26, 2018 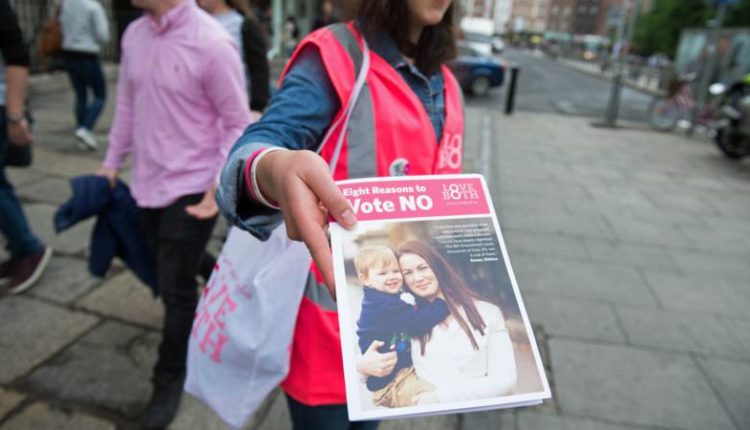 In Ireland, the polling stations were opened for the referendum on abortion legislation in the country. More than 3.2 million Irish can vote on the repeal of the eighth amendment of the Irish Constitution. It states that abortion is only allowed if the life of the mother is in danger. Illegal abortion in Ireland has a prison sentence of up to 14 years.

If the majority of voters vote in favour of withdrawing that amendment, then the Irish government will come up with new, more flexible abortion rules, posted by eBuzzFeed.

Besides, women can always have an abortion up to 12 weeks during pregnancy. After those twelve weeks, strict rules apply an abortion can only be done if the life of the mother is at risk, or if the baby does not survive the pregnancy.

The eighth amendment was incorporated into the Irish constitution after a referendum in 1983. Counting of the votes takes place tomorrow morning, and the first results are expected tomorrow in the day.

Not sure for sure
It is far from certain that the referendum will have a majority: especially in rural areas, there is a lot of resistance to abortion. There is a neck-and-neck race in the polls.

The Irish Prime Minister Varadkar is a supporter of the expansion of the abortion legislation. He says that the termination of pregnancy will happen later in a legal, safe way. Every year, a few thousand Irish women travel to Britain to undergo an abortion there.

Strict rules
Abortion legislation in Catholic Ireland is one of the most stringent in the European Union. Until a few years ago, abortion was not allowed at all, despite a ruling by the Irish Supreme Court in 1992 that abortion, when the life of women is at risk, is permissible.

That statement was initially not converted into legislation. That happened only in 2013, after the death of the 31-year-old woman Savita Halappanavar. She died of the consequences of a blood poisoning caused by a miscarriage when she was eighteen weeks pregnant. Her death could have been stopped if the pregnancy had been aborted. Doctors had refused that for fear of persecution. The determining factor was that the heart of the baby was still beating. The death of the woman was a turning point in the abortion debate.