InternationalNews
By Chey Phillips On May 26, 2018 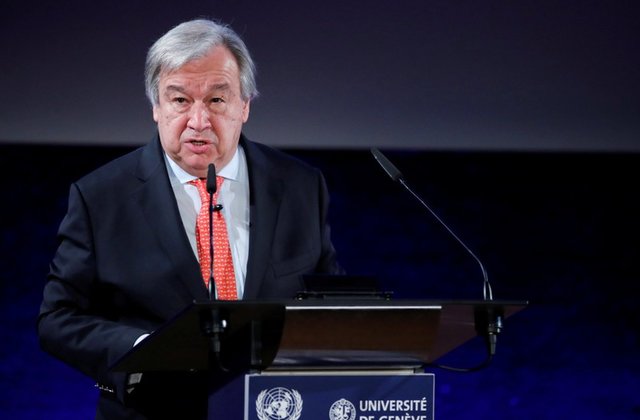 The North Korean Deputy Foreign Minister says his country is still willing to meet with the US. He responded to the cancellation by US President Trump of a summit meeting with North Korean leader Kim Jong-un. That summit would be held on June 12 in Singapore.

“We greatly appreciated President Trump’s attempts, unlike his predecessors, to have plans to achieve a historic summit between North Korea and the US,” says a statement from the Deputy Minister. The North Korean state press agency issued that statement, says Town News.

In the statement, he once again tells the US that North Korea is open to solving problems at any time and in any way possible. Correspondent Garrie van Pinxteren calls the reaction remarkable. “You would expect that they would now also threaten bombs and grenades, as they often did, but they did not do that.”

Van Pinxteren thinks North Korea wants to show that they want it. “They said: ‘this goes against the will of North and South Korea and also of the world population.'”

Hard language or inaccessibility?
It is still not entirely clear what the real reason is that the US has cancelled the meeting so suddenly. Trump argues that the North Koreans were aggressive in their language use. The country would be afraid of the same situation as in Libya, where dictator Gaddafi gave up his nuclear weapons in exchange for maintaining his regime, but eventually, he fell. North Korea said harshly that it found the conditions on the nuclear weapons arsenal too one-sided.

It is also rumoured that the communication with Pyongyang about the preparation of the summit was not flawless, says Van Pinxteren. “North Korea would be hard to reach, and the Americans got a busy tone when they tried to call.”

The countries at the moment seem to be back to the end, but the door is still a little crack. “If you read Trump’s letter well, you’ll see that he does give the idea that if Kim wants to talk once that he’s still open to it, but if there’s ever another summit and when we’ll have to wait and see. “

Commemorative Coin
Now that the meeting has been cancelled, a particular commemorative coin is no longer relevant. The coin, which has been issued by the White House because of the meeting, has already been discounted on the website of the official souvenir shop. Instead of 24.95 dollars, the coin now costs 19.95 dollars.

People who have already bought him can bring him back. Coin collectors think that the commemorative coin will be worth more because of the cancellation.

McDonald’s does not Ban Plastic Straws from Restaurants