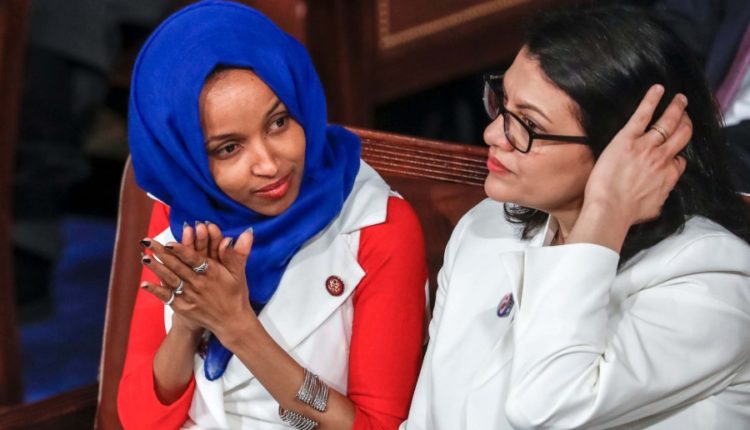 Israel does not Let two American Democrats Enter the Country after Tweeting Trump. The Israeli government refuses US Congressmen Ilhan Omar and Rashida Tlaib access to the country.

State Secretary of Foreign Affairs Tzipi Hotovely has announced this. Earlier, US President Trump had pressured Israel not to let the two Democrats in.

“The decision has been made: they will not be allowed to come in,” Israeli State Secretary for Foreign Affairs Tzipi Hotovely said about the planned trip for Ilhan Omar and Rashida Tlaib.

The two American Congressmen, who had previously regularly criticized Israeli policy on Palestine, intended to visit East Jerusalem and the West Bank.

Earlier, US President Trump had said on Twitter that Israel would show itself “particularly weak” if it lets in Omar and Tlaib. The two women “hate Israel and all Jews,” Trump said.

It is not the first time that Trump seeks confrontation with Omar and Tlaib. Last month he said that the two Democratic women, just like their two-party mates Alexandria Ocasio-Cortez and Ayanna Presley, had to return to the country where they came from.

Of the four, only Omar, who is from Somalia, was not born in the United States. The statements of Trump were, therefore described by critics as openly racist.

Trump’s new tweet immediately caught him from critical reactions from Democratic presidential candidates Bernie Sanders and Elizabeth Warren. Ilhan Omar and Rashida Tlaib themselves have not yet responded.

The Reason Why Tesla Explodes after Collision on Russian Highway