RomaniaEuropeNews
By Chey Phillips On Jan 29, 2021 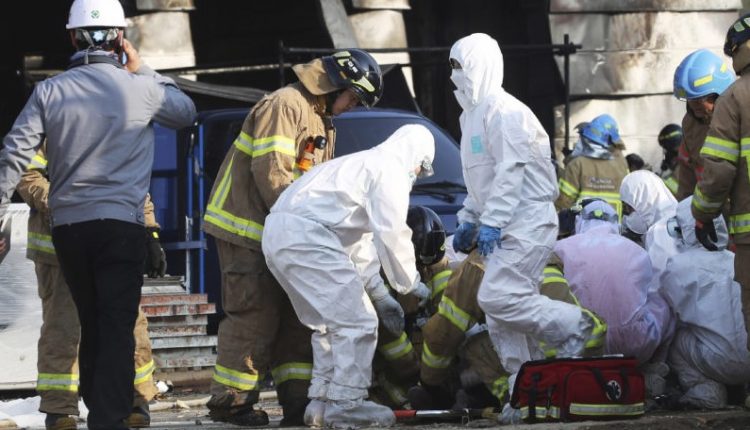 At least five people were killed in a fire in a hospital in the Romanian capital of Bucharest. About one hundred and twenty patients and staff had to be evacuated.

The fire started at 5 a.m. on the ground floor of the hospital. “There was a lot of smoke, and there was a chance that the fire would spread to the second floor,” Orlando Schiopu, the commander of the on-site intervention unit, told the press.

That is why some 120 patients and staff were evacuated from the hospital. Many corona patients are also cared for in the hospital. Several doctors and nurses were still wearing protective clothing and face masks when they left the hospital in haste.

At least five people died, all patients. Three of them were found dead, a fourth victim was first resuscitated, but that patient also died. Later in the morning, a fifth body was found in a bathroom where the fire started.

There are also several injuries, but it is not clear how many exactly. None of them, however, would have sustained burns. Some of them had to be admitted to the intensive care unit afterwards because they could no longer receive oxygen during the evacuation. Most of the injured have been transferred to other hospitals in the capital.

Matei Bals Hospital is one of the most important hospitals in Bucharest. It was also the site of the start of the vaccination campaign in Romania. The fire has now been extinguished. The cause is not yet known.

It is the third such incident in Romania in just a few months. In November last year, ten more people were killed in a fire in the intensive care unit in northern Romania.