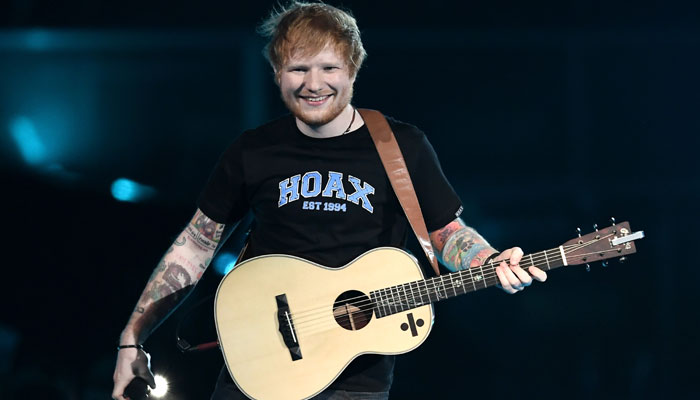 Ed Sheeran barely leaves home due to celebrity. The life of a star is not always a rose fragrance and moonshine.

Ed Sheeran hardly leaves his house because of his fame. “

Also never been able to go to the supermarket for three years to buy a loaf of bread,” the singer says in an interview.

With the radio DJ, Ed discusses his latest album No.6 Collaborations Project,

on which he has worked with Cardi B, Justin Bieber, 50 Cent and Eminem, among others.

Ed Sheeran has a lot in common with the latter, he says.

“We have a very different background, but I see many similarities.

We both still live where we grew up, and we are both so famous that we can’t go outside.”

For Ed, Eminem is an excellent example of how to deal with celebrity.

“How he does it, I think that is how I should do it.

He has children, and he is a very good father because he is always there for them.

My biggest fear is that I cannot raise my children because I am still.

He makes an album and then goes on tour for a month, and that’s it.”

Ed’s wife Cherry does her best to get him out of his isolation, but she also sees that it is difficult.

“Friends just come to me instead of going outside.”

The fact that Ed does not come out much anymore does not mean that he is cut off from the outside world:

“I always follow the news, listen to the radio and thus always stay informed of what is happening around me.”