UKNewsPolitics
By Chey Phillips On Jul 11, 2018 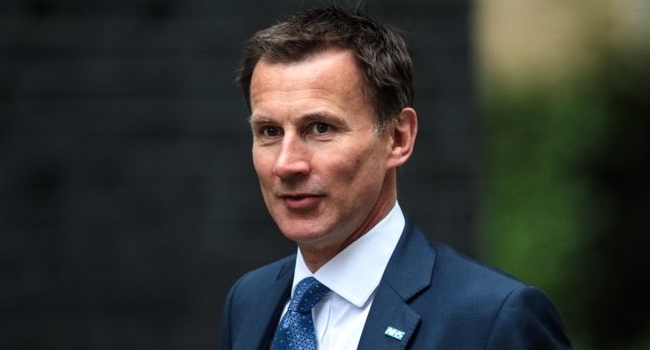 That made May known in a statement on Monday evening. The 51-year-old Hunt has been Minister of Health since 2012. Anyone who reaches him in that position is still unknown.

“A tremendous honour to become a foreign minister at this crucial time in the history of our country,” Hunt said on Twitter after his appointment. “Time to support our Prime Minister to get a great Brexit deal – it’s now or never.”

Johnson stepped on Monday because he disagreed with negotiating conditions set for the Brexit. Brexit Minister David Davis submitted his resignation on Sunday evening for the same reason.

The agreement that is now on the table states that a free trade zone is essential to establish between the European Union and the United Kingdom. The free movement of people does disappear.

Johnson said after his resignation that he thinks that Britain will become an EU colony in this way.

According to the BBC, the former minister, one of the driving forces behind the Brexit referendum, states that with the May agreement,” the dream of Brexit is slowly dying because of the needless and extinguishing doubts, we have extended crucial decisions for us” “, says Johnson. May has shown that she does not mean to resign and resists attempts to push her aside.

Europe
EU President Donald Tusk regrets that the idea of the Brexit has not disappeared with the departure of Davis and Johnson.

” But who knows, ” the Pool responded to the separation of the two members of the government.

” Politicians come and go, but the problems they have created for the people remain, ” said Tusk.

“The mess that created Brexit is the biggest problem in the history of the relationship between the EU and the United Kingdom. And it is far from solved, with or without mister Davis. ”

The European Commission said that the discussions with the British government would continue. Chairman Jean-Claude Juncker had May on the phone Sunday afternoon, let his spokesperson know.