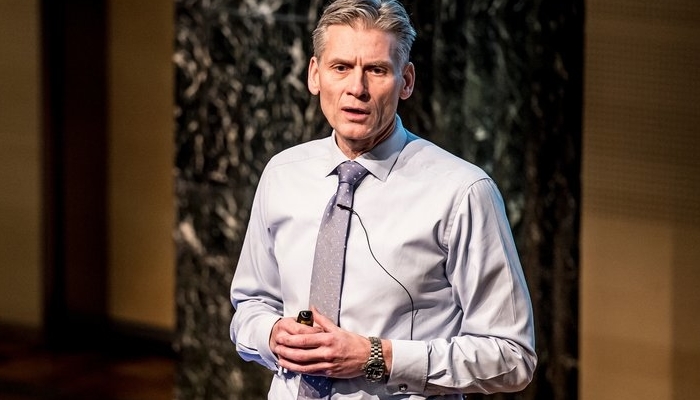 Topman Danske Bank leaves Over money Laundering. Topman Thomas Borgen leaves at Danske Bank, he reports Wednesday. He takes responsibility for the massive money laundering case at the institution under his administration.

Last month came out that authorities have begun an inquiry into fraud at the Danish financial institution.

The largest bank in Denmark would have been guilty of money laundering through an Estonian part.

It would include illegal money from Russia that was stored in Estonia with the knowledge of the Danes.

The exact extent of the fraud is not yet clear, but the Estonian division processed a cash flow of 177 billion pounds in the period in question.

Borgen states that external research has revealed that he can not be blamed,

but that he also takes responsibility. “It is clear that Danske Bank has failed, which I deeply regret.”

Dent in a good image of Denmark
The allegations against the bank turned out to be a bomb in Denmark, a country known for its transparency and low levels of corruption.

Borgen has managed the bank since 2013. He will continue to fulfil his responsibilities until a replacement is found, according to reports.

It is still to know when a successor will be found.

The cases prompted the European Commission to consider strict standards.