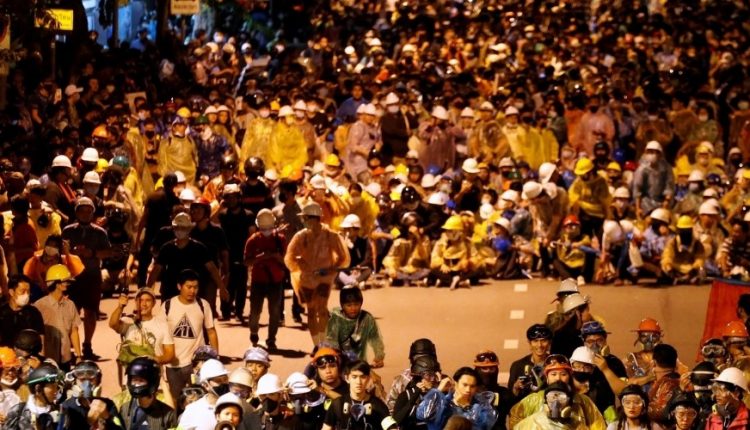 The Thai government has rescinded an emergency decree intended to quell protests. Due to the stricter measures, including a ban on gathering more than five people, the protests intensified.

Because of the move, Prime Minister Prayuth Chan-ocha seems to want to meet the protesters. The anti-government protesters gave the prime minister three days shortly before the announcement to resign and comply with other demands, including a reform of the monarchy in the Southeast Asian country.

In doing so, they seemed to reject the outstretched hand of the Prime Minister in an earlier television speech.

Thousands of protesters broke through police barricades and barbed wire fences on Wednesday evening to head to the prime minister’s office. They gathered at the building shortly after the prime minister announced that the government is ready to withdraw an emergency decree banning large gatherings as long as the demonstrations remain peaceful.

Free Youth, one of the protest organizations, issued the ultimatum Wednesday evening on Facebook. “If the government doesn’t respond within three days, the people will come back with higher demands than before.”

Prayuth and his administration are grappling with the swelling mass demonstrations inspired by the spontaneous protests in Hong Kong to evade the police and defy last week’s emergency decree.

The protesters want more democracy and an overthrow of the powerful royalist elite. The government is trying to avoid harsh and bloody crackdowns on the protesters that could harm the economy for the time being.